In 1946, a public meeting decided to build a public memorial Hall as a memorial to the men and women of Warra who served in World War II.

After almost 10 years of fund raising, building commenced in 1955 and the Hall was opened in May 1956 with a grand Opening Ball.

Two builders were employed and were helped by many local residents who provided voluntary labour.  The total cost was approximately $12,000 and the Hall was debt-free by the early 1960’s.

Over the years, extensions have been made, and they make the Warra Memorial Hall a wonderful facility to hold dances, conferences and other gatherings. 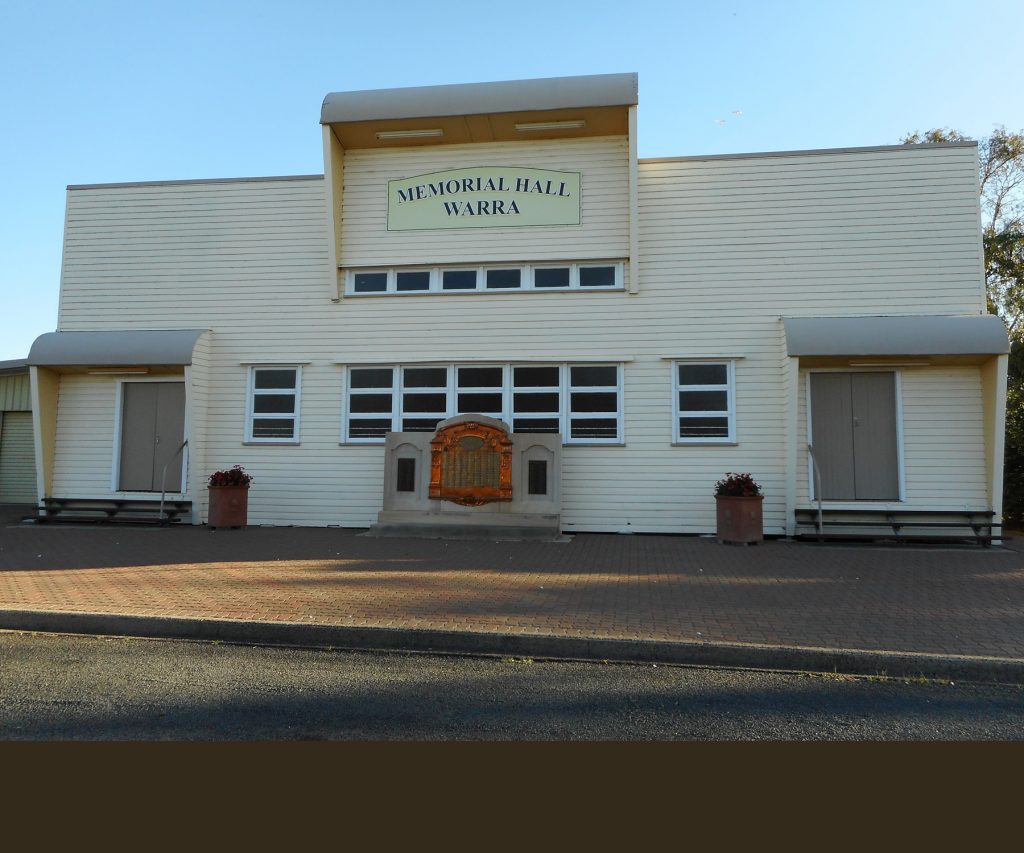