“The Trumpeters” were a group of 21 World War II soldier settlers who took up a government offer to work the land between Warra and Jandowae after the war.

The Trumpeters got their name from Jandowae barman, Mick Brazier.  Soldier settlers who drew blocks in the land ballots after World War Two would meet in his pub in Jandowae, tell their yarns and “blow their own trumpets”.  Legend has it that Mick was in the habit of taking out an old trumpet he kept under the bar and blowing on it to silence the trumpeters when their gatherings got too rowdy.

Mick greatly admired the soldiers and in 1950 put up a sign at the corner of the blocks drawn by two local larrikins, Bill Johnston and Wally Underwood.  He thus named the site “Trumpeters Corner”.  The sign featured an old trumpet and the initials of the 21 settlers from the area.

May future generations appreciate and observe the significance of this special place.  It is a unique memorial;   could you find another “Trumpeters” in Queensland or perhaps Australia?

Not only a memorial to returned servicemen and women but a celebration of a “larrikinism” that is uniquely Australian.

“Trumpeters” can be found on Jeitzs Road  –  head out of Warra to the north over the railway line onto Warra Canaga Creek Road, after the Cooranga Creek Crossing veer to the right onto Warra Marnhull Road and travel 13.5 klms to Jeitz’s Road and travel a further 3.5 kilometres to Trumpeters 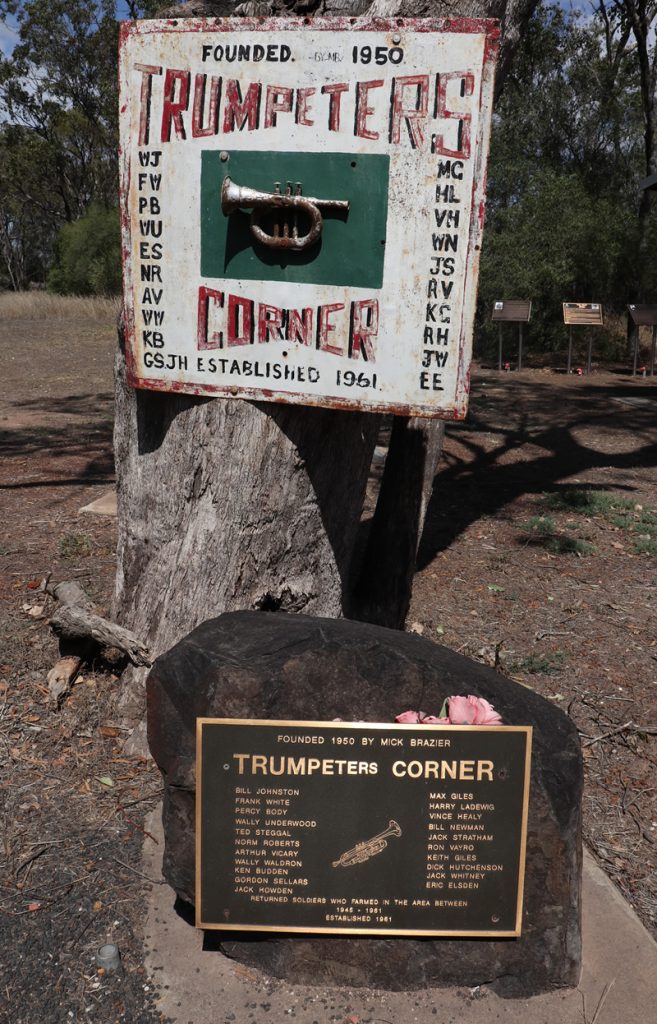 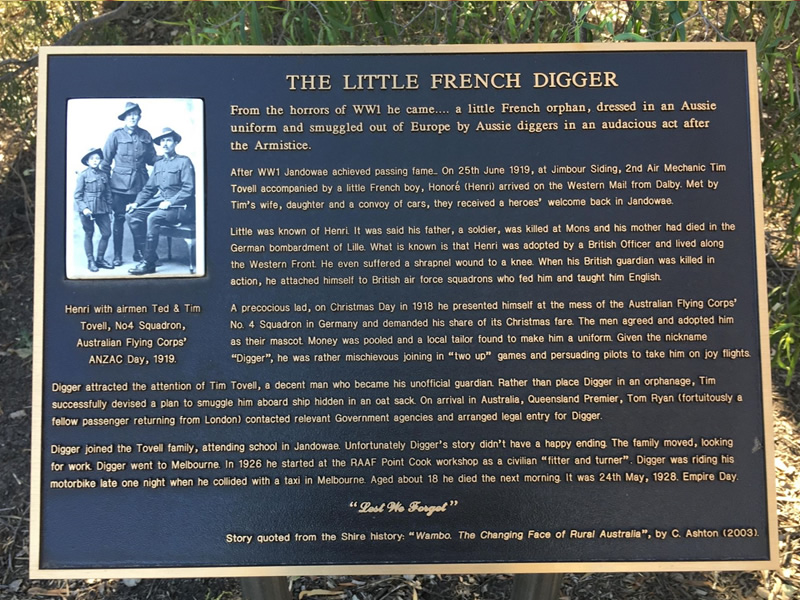 The Story of the Little French Digger