The Haystack School saw many pupils come and go through its doors from January 1910 until December 1968 when, because of falling enrolments, the school was closed by the Department of Education.  The building had fallen into disrepair on a Recreation Reserve about 10klms north of Warra.

It was moved to its present site in the Warra Park in 2006;  and was restored to its former glory.  The former site on Haystack Road is marked with a plaque and the original garden gate.

The building now houses information on 12 small one teacher schools which were dotted around the district.  Haystack was the last of these schools to close.

Discover what a schoolroom looked like in a bygone era when slates and slate pencils, ink nibs and ink wells were used and all classes were in one room with one teacher, no teacher aides and no computers and little resources, in a small rural community with no facilities. 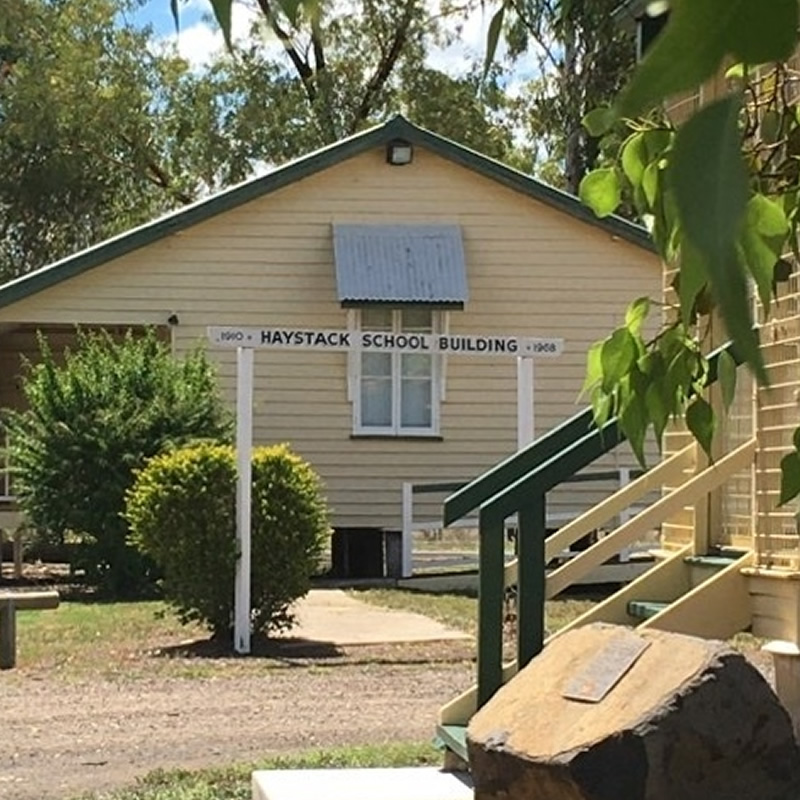 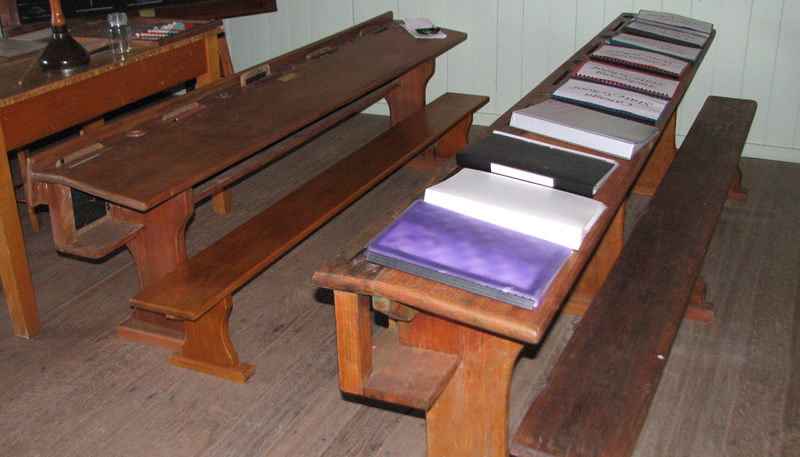