Early in the twentieth century, deposits of good quality coal were discovered around Warra; ideal for use in railway locomotives.

Mining commenced in 1914 by the Smokeless Coal Syndicate. The State Government bought the mine in 1915 – making Warra mine the first State owned and operated coal mine  in Queensland.

It was full steam ahead for the mining industry and the future of the little country town seemed assured.

But the State Coal Mine at Warra experienced problems from the outset, with the initial mine shaft abandoned due to flooding; industrial unrest a difficult issue at the time; and poor management considered a major hindrance to success. The subsequent mine shafts were sealed permanently in 1919.

An information kiosk tells the story; and the old mine entrance is marked by a silhouette structure. 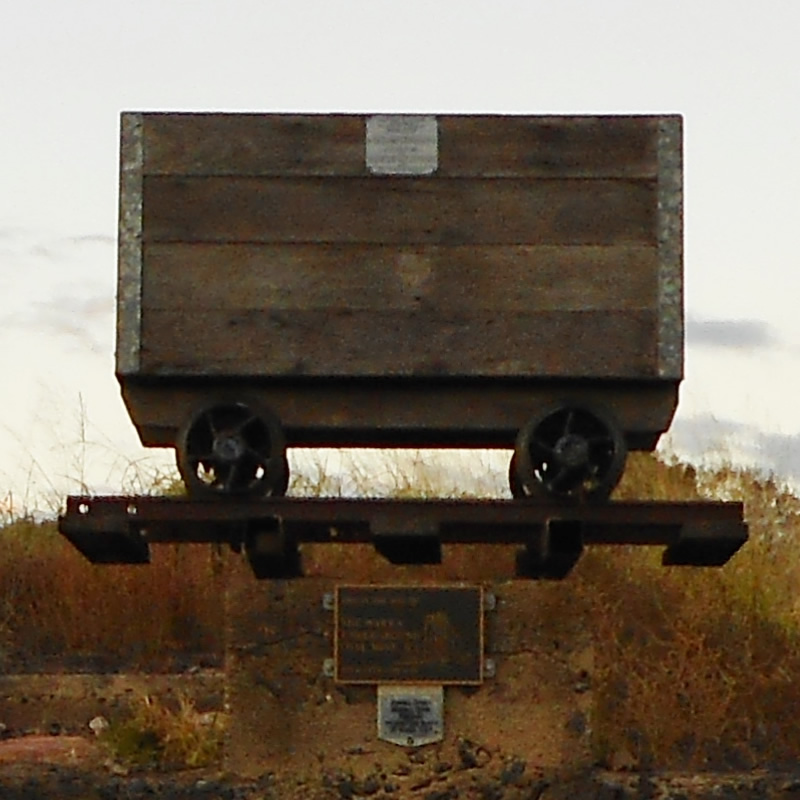